Why you will want to report claims……on time!

After more than 20 years in this business, I still can’t think of any good reasons for delaying reporting workers compensation claims.

If you want to avoid all of the problems of not reporting set out below, pretending it didn’t happen or hoping it will not amount to anything does not constitute a good business decision.

You have an obligation to your injured workers and to your company to have workers treated as quickly as possible by appropriate medical practitioners.

Here are eight good reasons why:

WorkCover NSW stats show if a claim is not proactively managed until 2 to 3 weeks after the incident, the average claim cost rises by 13%. At 12 weeks the claim cost has increased by 91%.

The cost of a claim, however, isn’t the only reason to report claims as soon as possible, there are many more reasons to do so below.

It is common knowledge throughout the industry and treating health professionals, that workers who receive early support and injury management spend less time off work on workers compensation.

Often employers ignore so-called ‘minor’ claims, but these small claims can often be warning signs that point to an issue in the workplace and that could lead to a major claim. The issues may have to do with a health and safety practice; or they may be more about the workplace practices; such as workload, new systems or management, dealing with disgruntled customers, interpersonal conflict with co-workers. They could also be related to non-work related psycho-social factors including health, family or financial issues.

In the case of reports of stress or just observed distress, any of the issues above could also apply as well as pre-existing psychological disorders.

Don’t ignore a claim just because it’s seems minor. Consider it an opportunity because sometimes, what seems to be relatively minor can end up being a major claim, especially in the case of stress.

In all states of Australia the Workers Compensation governing bodies impose fines on employers who fail to report claims. In some states there are also penalties imposed for late reporting; in NSW, equivalent to 1 week’s wages.

When a claim is reported immediately you are able to gather and preserve evidence, get statements from witnesses and make sure stories stay straight. The investigation then becomes the basis of HS&E intervention, toolbox talks or training if required.

If the matter is later litigated or otherwise complicated, you don’t want to manage a situation with stale and incomplete evidence.

When a claim is investigated and controlled from the beginning, it reduces fraud tremendously and sends a clear message out to the rest of the business. The grapevine usually works well in most businesses.

If you have a service agreement with a specialized medical centre workers can be taken directly and receive best practice injury management. There is much less likelihood that the worker will be deemed unfit with most specialist practitioners accepting that remaining at work is a vital part of good management of injury and illness, both physical and psychological.

People respond well to being cared for, they know when their employer is being fair and doing everything possible to assist their recovery and remedy the situation that caused the incident in the first place.

Injured workers cared for in this way are far less likely to commit fraud or litigate, and more likely to return to work as soon as possible.

So, eight very good reasons to report claims early and pro-actively manage all aspects of the process. Beneficial to the injured worker, the employer as well as the community.

By supporting your workers immediately and professionally you ensure the financial and social impact to your business is minimised. At On Track our goal is to ‘bridge the gap’ by working with employers to manage their responsibilities in relation to workers compensation and injury management within their organisations by developing and implementing appropriate intervention programs and management systems. 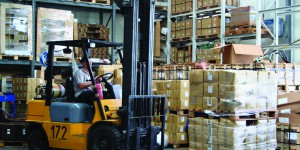 Why you will want to report claims……on time! After more than 20 years in this business, I still can’t think of any good reasons for delaying reporting workers compensation claims. If you want to avoid all of the problems of not reporting set out below, pretending it didn’t happen or hoping it will not amount […] 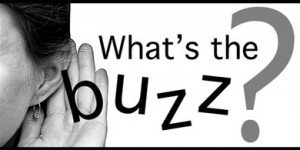 What is work related stress?? “Work demands are one of the most common sources of work-related stress. While workers need challenging tasks to maintain their interest and motivation, and to develop new skills, it is important that demands do not exceed their ability to cope.” www.worksafe.qld.gov.au Stress can occur when the physical, mental and emotional […]

On Track offers a full range of services to assist you to take control of workers compensation through Injury, Claims & Strategic Management. On Track Injury Consulting provides professional consulting services directly to employers for ‘Injury and Workers Compensation Management & Systems’ to all industry types.

If a claim is not proactively managed until 2-3 weeks after the incident, the average claim cost rises by 13%. At 12 weeks the claims cost has increases by 91%.

Please visit this link to download all our educational E-Brochures.